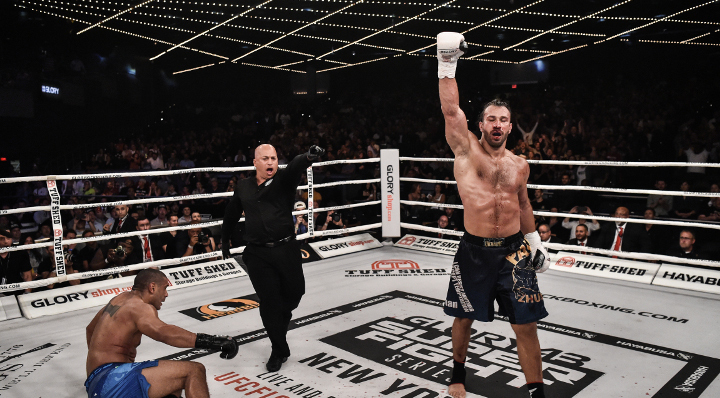 Pavel Zhuravlev has his eyes firmly on the prize as he goes into this Saturday night’s bout with Myron Dennis.
Zhuravlev, fighting out of Ukraine, is the GLORY interim light-heavyweight champion. He’s fighting Dennis in a non-title bout but knows that he needs the win if he is to mount a realistic challenge to the champion Artem Vakhitov.
“I don’t know much about Myron Dennis but we trained for him like he is the best in the world,” says ‘The Caiman’. “You cannot underestimate anyone at this level but I think I can end this fight with a knockout in the first round.”
“But my goal is to fight with Artem Vakhitov for the world title. The fans want to see this and I want this also… I have my target, I want the title and I hope I can take it.”
Zhuravlev fights Dennis at GLORY 52 LOS ANGELES this Saturday night at the Pacific Ballroom, Long Beach, Los Angeles. The fight headlines the SUPERFIGHT SERIES card, which airs live on UFC FIGHT PASS from 9pm ET.