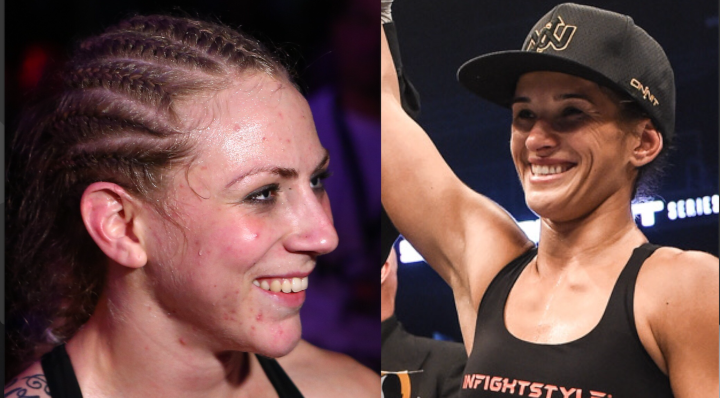 Van Soest vs. Olofsson is a Key Contender Clash

On July 20, former GLORY super-bantamweight champion Tiffany van Soest (18-3-1, 6 KO’s) returns to the ring for the first time since losing her belt to Anissa Meksen by decision last year.
Once again Madison Square Garden will serve as the backdrop: Van Soest lost her belt in The Theater in December and now she’s starting out on the road to return it to her waist.
Van Soest entered her name in the record books as the first American fighter to win a GLORY world championship.
Standing opposite her in New York will be Sofia Olafsson, who is aiming to replicate Van Soest’s achievement by becoming the first Swedish fighter to hold a GLORY title.
Fighting out of Stockholm, Sweden, Olafsson (48-7, 24 KO’s) is one of the best-known competitors on the international women’s Muay Thai circuit.
She has won major championships at regional, national and world level in the Thai art and now she’s turning her attention to the GLORY belt.
Olafsson’s credentials are extensive: she has won the Swedish national championship three times and the European title twice. She also won gold medals at the 2015, 2016 and 2018 IFMA world championships.
This fight on July 20 is thus a key clash for the women’s division: either the former champion wins and looks for a title shot, or the newcomer beats the former champion and immediately places herself into contention.
GLORY 55 NEW YORK takes place Friday, July 20 at The Hulu Theater in Madison Square Garden, New York.
The card is headlined by a world middleweight title fight between champion Alex Pereira and challenger Yousri Belgaroui, plus an interim featherweight title clash between Petchpanomrung and Kevin VanNostrand.