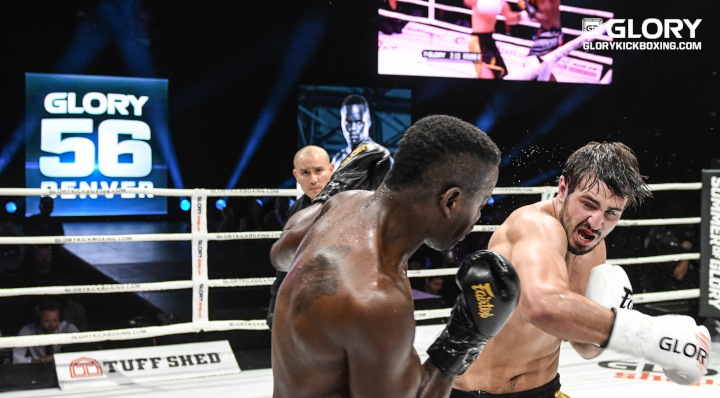 Vakhitov happy with win but unhappy with performance

Artem Vakhitov retained his world light-heavyweight title this past weekend with a split-decision win over Danyo Ilunga in the GLORY 56 DENVER main event.
Backstage he said that, while he is happy with the win, he is not happy with his performance. The decision was razor close and many fans felt it should have gone Ilunga’s way.
“I’m happy to be back in the ring after such a long break. I didn’t like my fight today, because I can do better. Maybe because of the very long pause. But I win, I am happy,” he said.
“It was my second fight with him, our second fight together, and he was very much better than the first time. I respect Danyo Ilunga, he’s a good man and a good fighter.”
The fight was Vakhitov’s first since October last year when he defended his title against Ariel Machado. He broke his hand in that fight and had to have surgery - for the second time in his GLORY career - leaving him sidelined until now.