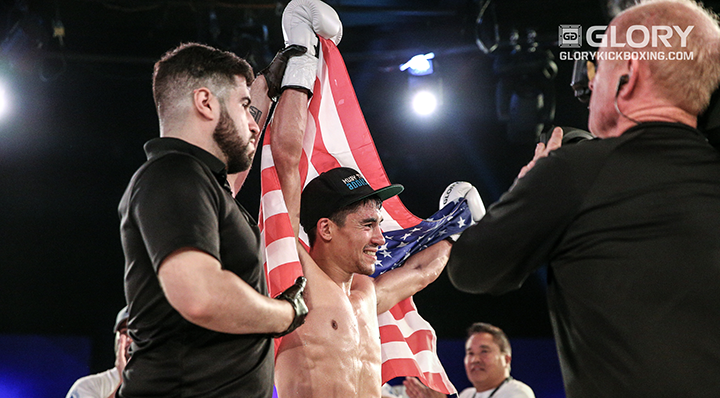 “I’ll be looking to get that title fight right away if I get this win,” says ‘American Ninja’ Asa Ten Pow (9-1, 5 KO’s) of next week’s upcoming GLORY 67 ORLANDO appearance.

Ten Pow, of West Palm Beach, Florida, is on home soil for the first time in his GLORY career. Having gone 4-0 since making an explosive debut by way of KO win at GLORY 55, he feels like he is ready to take a shot and put his homeland on the sport’s world map.

“I was ready to take over any promotion and I am glad it was GLORY that brought me in because this is where I wanted to be,” he says.

I felt there was a lack of US talent [in GLORY] and a lack of respect for Americans in kickboxing, even. So I want to bring that spotlight and show what we can do. I want to bring more fans not only to the promotion but also to this fighting style.”

Ten Pow is facing ‘The Moroccan Maniac’ Houssam El Kasri (2-2, KO’s) in the co-main event. The young El Kasri has also earned some attention in his GLORY run to date, having stopped his first two opponents inside the distance.

Also on the card is featherweight champion Petchpanomrung, who defends his belt against Anvar ‘The Uzbek’ Boynazarov.