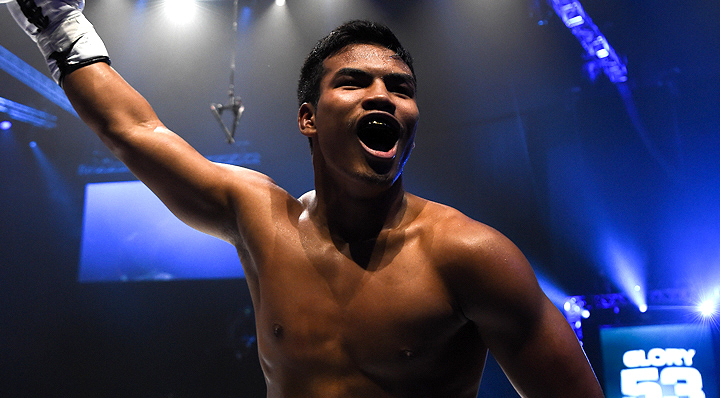 Petchpanomrung is the ‘Performance of the Night’ bonus award winner for GLORY 53 LILLE.

The Thai featherweight came out on top in a contender elimination battle with Abdellah Ezbiri, stopping him in the second round with a trademark left high kick.
Ezbiri had previously showed his quality by winning the GLORY 47 LYON Featherweight Contender Tournament, but Petchpanomrung proved to be on a different level in Lille.
He now moves forward to a second title shot against featherweight champion Robin van Roosmalen at GLORY 55 NEW YORK on July 21, at Madison Square Garden.
Their previous encounter took place at GLORY 41 HOLLAND; Van Roosmalen won a decision after a close fight. A rematch has been highly anticipated ever since.
Winning the bonus award for GLORY 53 earns Petchpanomrung an extra $5,000.