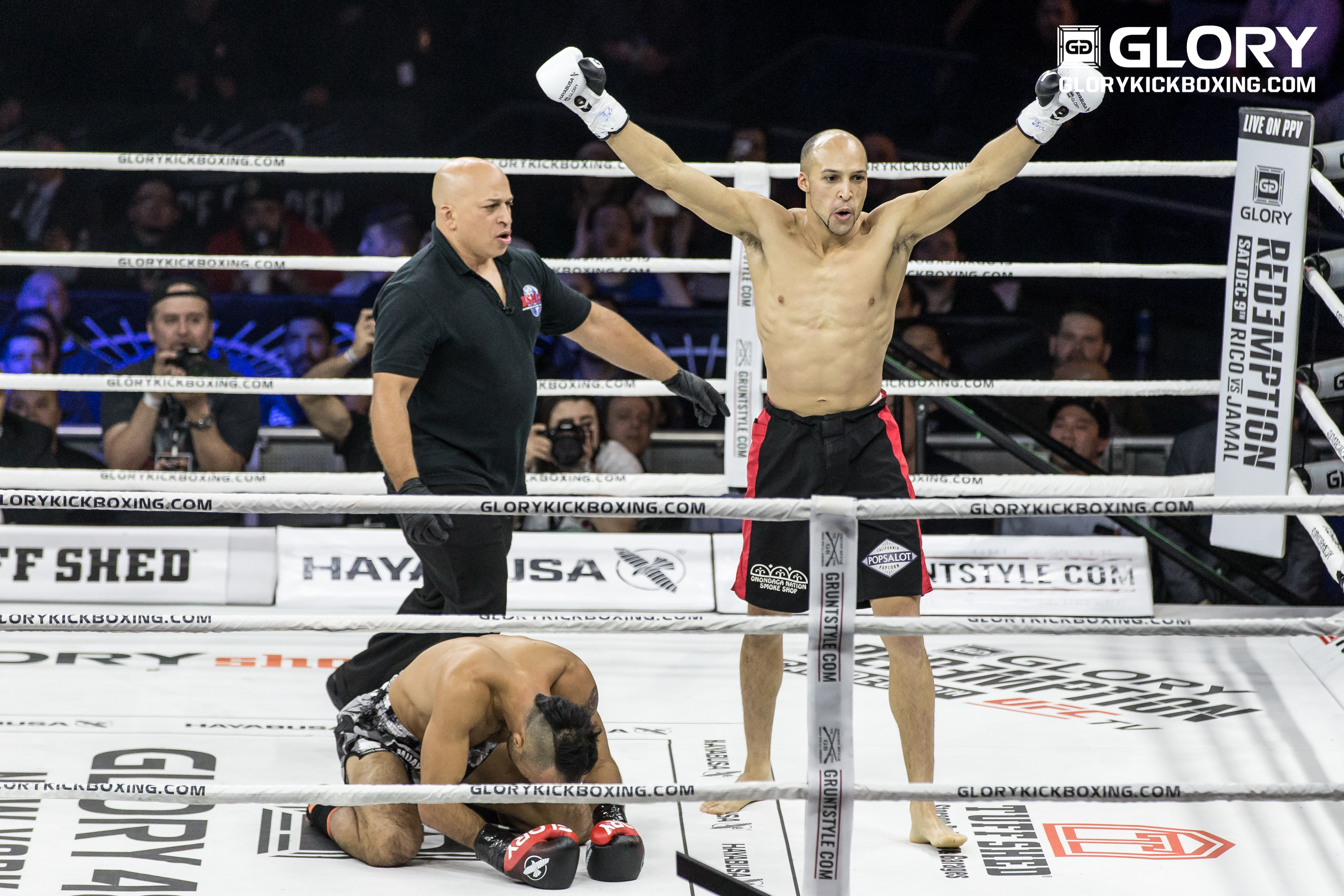 New York’s own Kevin VanNostrand (17-2, 12 KO’s) is looking to bounce back from his title loss disappointment in a big way when he faces Massaro "The Project" Glunder (31-12-4, 20 KO’s) at GLORY 55 NEW YORK next month.
The former interim featherweight champion challenged Robin Van Roosmalen for the undisputed title at GLORY 52 but lost a unanimous decision to the incredibly dominant champion.
VanNostrand is undefeated in Madison Square Garden, however, with three wins in three fights there, and he’s looking to keep that record intact as he faces Amsterdam’s Glunder.
At MSG, VanNostrand has taken victories over Giga Chikadze, Anvar Boynazarov and Mo Abdurahman, the latter fight ending by stoppage in just 1:52 of the first round.
Now ranked #3, VanNostrand’s title hopes are far from over. His loss to Van Roosmalen may have snapped a four-fight win streak, but VanNostrand is far from derailed.
Glunder, one of the division’s more colorful characters, travels to New York looking to get on a win streak for the first time in GLORY. He’s coming off a win over Victor Pinto at GLORY 51 in March and looking to take a big leap up the rankings by beating VanNostrand.
GLORY 55 NEW YORK takes place at the Hulu Theater at Madison Square Garden on Friday, July 20.
It will air live in the USA on ESPN NEWS from 9:30 p.m. ET / 6:30 p.m. PT and will re-air Sunday, July 22 at 9 p.m. ET / 6 p.m. PT on ESPN 2.