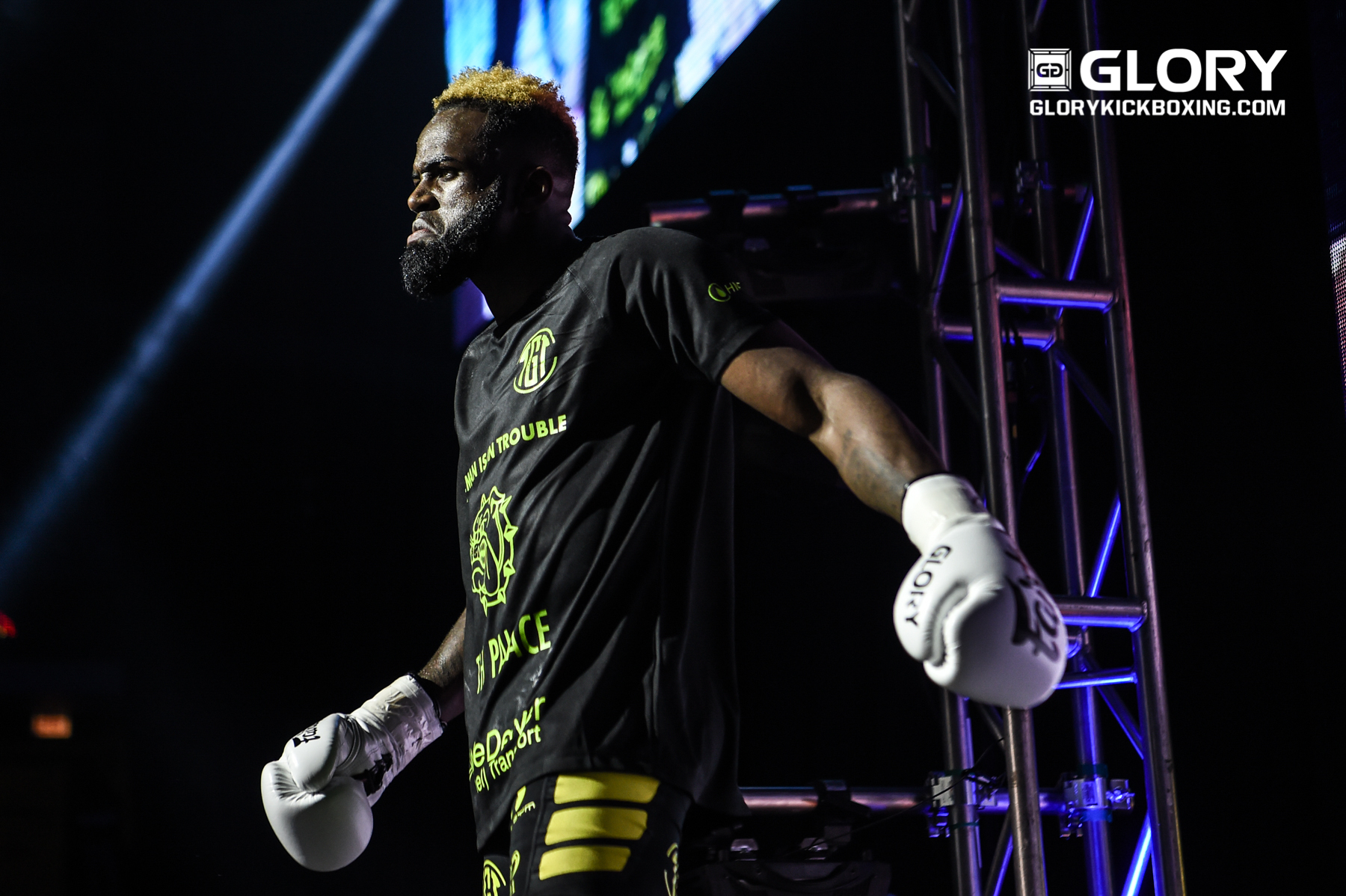 The GLORY 59 AMSTERDAM match-up between Murthel ‘The Predator’ Groenhart and Mohammed Jaraya has attracted a lot of interest among kickboxing fans, but the veteran Groenhart thinks Jaraya is biting off more than he can chew.
“If I had just come up from lightweight and this was only my second fight at welterweight, I wouldn’t want to fight me,” says the former GLORY welterweight champion.
“He didn’t look great in his first fight at welterweight, he looked like he had some fat on him. But when people fight me, they make sure they are at their best, so maybe he lost some of the baby fat.
“But I think [the big occasion] is going to get to him. He’s going to do too much, more than necessary. I think he’s going to just come forward and throw a lot, no gameplan really other than hit me, or try to hit me.
“When I win this fight, I want an immediate title shot after it. If it was up to me, I would fight Harut Grigorian, I would like to take the belt back from him, but if Cedric Doumbe wins the belt from him [at GLORY 60] then no problem, I can take it from him instead.”
GLORY 59 will be the first time that Groenhart and Jaraya have fought, but it won’t be their first time in a ring together. They have sparred together in the past, but the experience didn’t leave them on the friendliest of terms.
“I want to set the record straight on something that Jaraya has been saying,” says Groenhart.
“In an interview recently, he said that he came to my gym for sparring and that at one point we were clinching, and that he then turned around and I punched him in the back of the head.
“So I just want to make clear for him, his people and everyone out there - that is NOT what happened. What happened was he was coming forward, throwing a lot, and I put my right hand out and he went down.
“That was it. He didn’t get hit in any clinch, we were both throwing, I was countering with the right, it hit his jaw and he went down. Maybe he doesn’t even remember it.
“I don’t clinch in sparring. It’s not my first day in the office, I am not some new guy, you know? And also, how would I even be able to clinch with a guy and at the same time hit him from behind? It doesn’t make sense. So no, that did not happen. I just want to make that clear.”
For Groenhart then, this fight has multiple layers. On the surface, it’s a guaranteed firefight which will please the fans and may well be a contender for ‘Fight of the Year’ when the dust settles.
It’s a chance for Groenhart and Jaraya to settle a score, but it’s also an encounter between an established veteran and former champion against a young newcomer to the division who, prior to his last fight, was competing in a lower weight class.
For Groenhart there’s another layer again: the fulfillment of an ambition he has had since his teenage years. A lifelong fan of Ajax soccer club, who play at Amsterdam Arena, he also remembers going to the arena as a fan for kickboxing events.
“I remember when I was about 16 or so, going to the arena and watching Badr Hari, Gokhan Saki, Melvin Manhoef, Bjorn Bregy, all these guys. But I never got the chance to fight there myself, until now,” he says.
“For me to fight in the Amsterdam Arena is a big honor. And fighting in my home town, it gives me power. All my people are there, all my fans. Some people might feel that as pressure for but not for me, for me it’s extra power, extra will to win.
“I can’t wait for September 29. It’s going to be epic.”
GLORY 59 AMSTERDAM takes place Saturday, September 29 at the Amsterdam Arena in Amsterdam, Netherlands. Heavyweight champion Rico Verhoeven headlines in a title defense against Guto Inocente.
Due to demand, GLORY has this week unlocked a final selection of seats in all price brackets - buy tickets here.