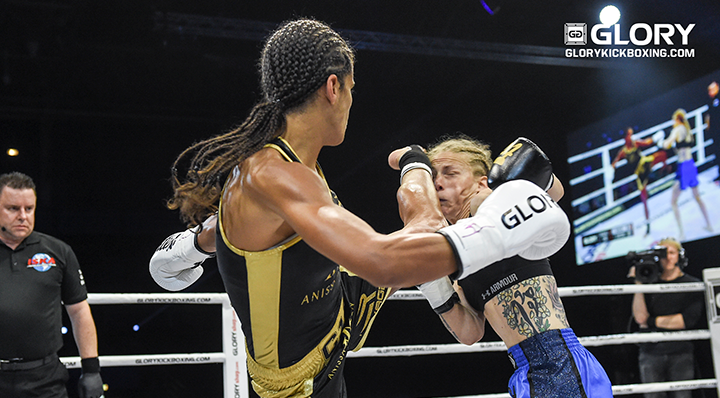 The pair exchanged kicks immediately following the opening bell. Olofsson was able to get inside, but Meksen answered with a flurry of punches.

A head kick from Meksen rocked Olofsson. She didn’t go down, but a huge cut was opened on her right eye. The fight was paused and the doctor was called in to check Olofsson.

The doctor allowed the fight to continue and Meksen cracked Olofsson with a left hook that stumbled the challenger. The referee again had to pause the fight due to the cut and this time, the fight was waved off.

Meksen earned her 99th career win and retained the title with the dominant performance.

“My training camp was super hard. I have beaten every top contender and I am super happy,” said the victorious champion. “Thank you to my supporters and my team.”