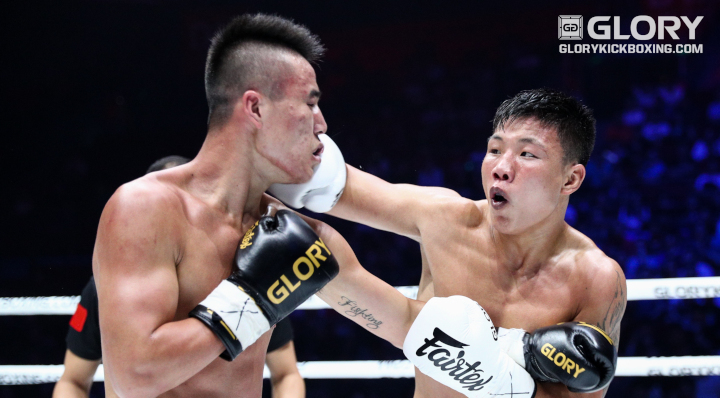 Liu Xu earns ‘Performance of the Night’ for GLORY 57

Liu Xu is the winner of the GLORY 57 SHENZEN bonus for ‘Performance of the Night’.

His victory in the eight-man lightweight tournament saw him win three fights back-to-back.

The eight-man tournament format is one of the most grueling competitions in sports, but Xu seemed to come through it mostly unscathed.

In fact, Xu frequently smiled at his opponents as blows landed on him, encouraging them to greater efforts.

GLORY 57 was his second outing in the organization following a debut at GLORY 54 BIRMINGHAM earlier this year.

In that fight he faced #1-ranked lightweight contender Marat Grigorian and though he lost a decision, he gained a lot of respect for taking Grigorian the distance.

With that debut and now his tournament victory, Xu has shown himself to be an interesting new presence in the division.

The 20-year-old is now 3-1 in GLORY and collects a cash bonus for being declared the ‘Performance of the Night’ winner.