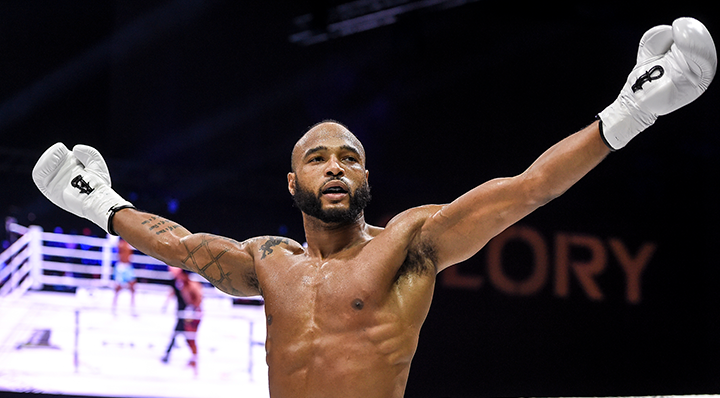 Jones used his reach advantage early to keep Diedrick at range. He used his jab and front kick to stay outside. Diedrick came forward and chopped at the lead leg of the American.

A left hook to the liver from Jones forced Diedrick to take a knee. He tried to recover, but Jones caught him with a second body shot just seconds later, producing another knockdown.

Following the second count from the referee, Jones smelled blood and delivered a knee along the ropes that put Diedrick down for a third and final time.

“I feel great. I saw that he’s been hurt to the body a punch. I wanted to attack it,” revealed Jones. “I just had to keep him guessing. I knew I was going to get the knee at some point.”