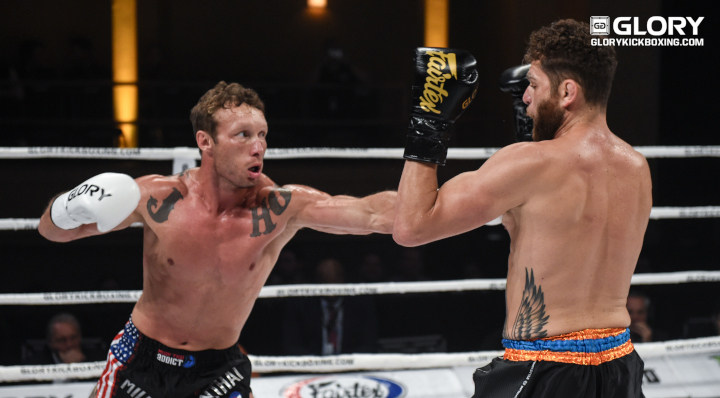 Houghton proves too much for McGuinness, captures decision win

Houghton scored early with a right hand. He pushed the action to get inside the reach of the towering McGuinness.

The reach of McGuinness was a factor in the fight’s second stanza. He stayed at range and peppered Houghton with kicks. Houghton sat back and remained patient, seeking an opening.

He connected with a right hand midway through the round, but McGuinness took it well continued to fire back. Houghton increased his punching output late in the frame, delivering a series of jabs to his taller opponent.

Houghton’s experience advantage was evident in round three, as he slipped just out of range of the punches from McGuinness.

The pair openly exchanged in the center of the ring, with Houghton’s power being the difference. McGuinness pawed his job in the fight’s final minute, but he failed to deliver any significant offense.

A late punch from Houghton sent McGuinness to the canvas, but it was ruled a slip.

After three rounds, it was Houghton who was rewarded for his efforts, evening his GLORY record at 3-3.

“I feel like I want to fight someone my own size,” joked Houghton after his win.

“This was way tougher than I expected. He was so hard to find. It represented a lot of challenges. He’s so damn tall.”