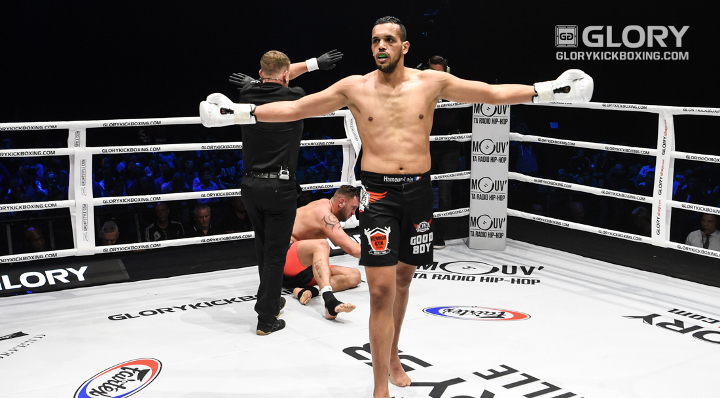 A fight between Zinedine Hameur-Lain and Michael Duut was never going to go the distance; the only question was which one of the two would be the one to finish it.
The answer was Zinedine Hameur-Lain.
While Duut sat heavy on his punches and looked to land big counter-shots, Hameur-Lain looked to pick him apart with angles and variety.
Hameur-Lain’s movement allowed him to generally stay out of trouble, although Duut did have success with some stiff jabs at times.
Things nearly ended in the very first round when Hameur-Lain scored a knockdown just twenty seconds from the end of the round.
Duut shook the punch off and beat the count to make it to the end of the round, but he was under pressure immediately when the second round started.
A body kick from Hameur-Lain doubled Duut over around a minute into the round, making for a knockdown call. Moments later Hameur-Lain landed a second and Duut went down again, this time for the final time.
Hameur-Lain used his post-fight interview to call for a fight with light-heavyweight champion Artem Vakhitov.
Zinedine Hameur-Lain def. Michael Duut via TKO (strikes). Round 2, 1:14