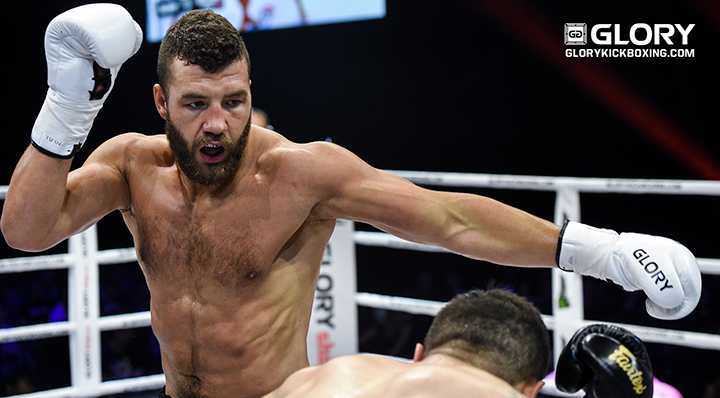 Yegoian was the first to attack, but his low kick put him off balance. Gorlov was patient, looking for openings.

A stiff jab from Gorlov popped the head of Yegoian. The Latvian controlled the ring and dictated the pace of the bout. Yegoian was forced to stay on the outside and absorbed a variety of punches from Gorlov until the round came to a close.

A low blow from Gorlov disrupted the second round nearly as quickly as it began. Yegoian was able to continue, but again found himself on the wrong end of the attacks from Gorlov. Gorlov’s leg kicks started to add up as he pestered Yegoian from range.

The jab of Gorlov prevented Yegoian from getting inside. Another missed kick from Yegoian sent him falling to the mat off balance as the round ended.

Yegoian missed with a jumping knee to start the final stanza. Gorlov pressed forward, backing Yegoian against the ropes.

A jumping switch kick from Gorlov connected with the jaw of Yegoian, but he took it well. A rolling thunder attempt from Yegoian drew jeers from the French crowd. Yegoian was given two warnings by the referee in the fight’s final moments before the judges revealed their decision and Gorlov earned the nod.