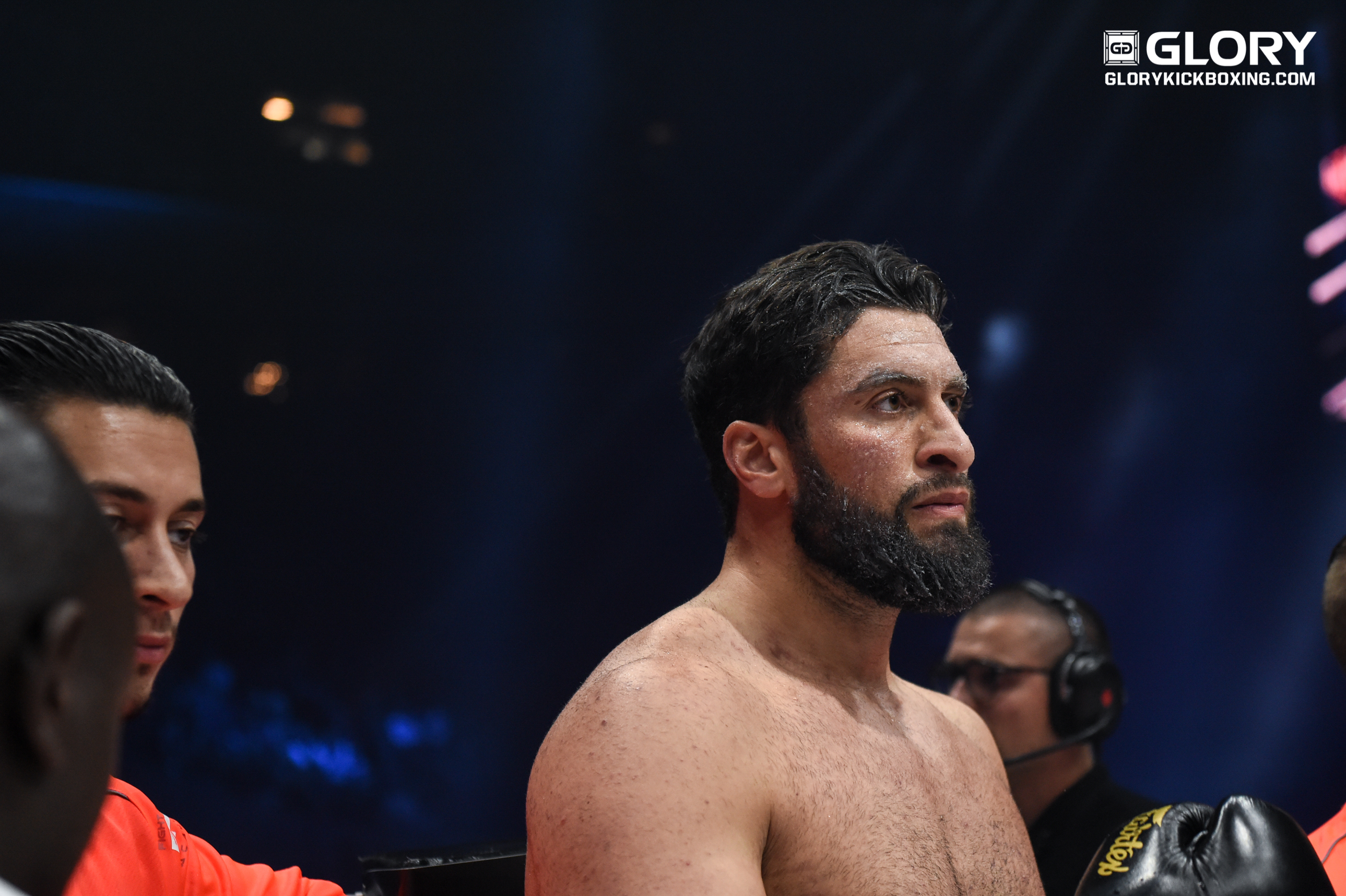 There’s $100,000 on the line for the winner of next months eight-man Heavyweight Grand Prix at GLORY 62 ROTTERDAM, so Jamal Ben Saddik is going all-in in his preparations.
Usually resident in the Belgian city of Antwerp, he has rented an apartment in Amsterdam and is living there for the duration of this training camp.
The relocation allows him to undertake two, sometimes three, training sessions every day, commuting between his conditioning coach in Amsterdam and his kickboxing team at Hemmers Gym, two hours to the south in Breda.
But listening to Ben Saddik talk about next month’s tournament - the first heavyweight eight-man in GLORY history - it’s clear that the prize money is only half the motivation for him.
“Entering the ring is the best feeling in the world. I love it! I train for that,” he laughs over the phone as he drives back to Amsterdam from Breda and towards to his second training session of the day.
“So to be able to do that three times in one night, that’s great for me, I love that.”
Ben Saddik is actually the only one of the tournament participants who has had the experience of walking out three times in one night at a GLORY event.
He took part in the one-off 16-man Grand Prix event at GLORY 4 TOKYO back in 2012 and beat Errol Zimmerman and Remy Bonjasky to make it to the semi-finals, where he lost to Daniel Ghita.
Ben Saddik says he enjoyed himself that night and also points out that “I was only 21 years old then - with the experience and condition I have now, the GLORY 4 Jamal would get his ass kicked by the Jamal of today!”
Ben Saddik feels like he has grown immeasurably during his GLORY tenure. But yesterday, the #1-ranked contender Benjamin Adegbuyi questioned ‘The Goliath’s heart and fortitude.
At the same time, Adegbuyi - who is on the opposite side of the opening tournament brackets to Ben Saddik - thinks that it is most likely he and Ben Saddik who will meet in the tournament final.
“I’m not even thinking about the final,” says Ben Saddik dismissively.
“I’m not even thinking about the second fight. If you don’t win your first fight then you’re not having a second, never mind a third. And nobody can say they are guaranteed to make it to the second round - we are heavyweights.
“But I can say that on the day, rankings won’t help anyone. I was ranked #7 when I fought D’Angelo Marshall in Amsterdam recently [and stopped him in the first round]. He was ranked #3 - did that help him?
“That’s why I am very happy that GLORY made this tournament. We will see who is the best on the day, like it used to be back in the day. “
GLORY 62 ROTTERDAM takes place Saturday, December 8 at the Ahoy Arena in Rotterdam, Netherlands.
The 8-Man Heavyweight Grand Prix forms the centerpiece of the event, which will air live in the Netherlands on the VERONICA network and airs in the US on ESPN 3.