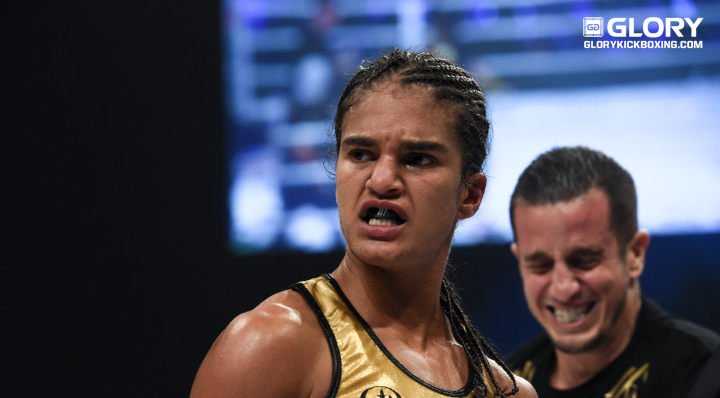 Anissa Meksen won the Performance of the Night bonus at GLORY 61 NEW YORK this past weekend.
Meksen regained the super-bantamweight title belt with a second-round TKO win over Jady Menezes.
It was a heated encounter, due to Menezes having won the belt from Meksen by way of a controversial decision at GLORY 56 DENVER earlier this year.
In the interests of fairness GLORY ordered an immediate rematch. In the weeks preceding it, Meksen said she intended to stop Menezes so that “judges will not be needed”.
It’s a common refrain from fighters, but Meksen really meant it. She channeled her anger into a venom that brought Menezes short title reign to an end.
Several fighters in various weight classes have lost and then regained the title in GLORY but Meksen is the first to do it in the women’s division.
The performance award adds a cash bonus to her contracted purse for the GLORY 61 engagement.