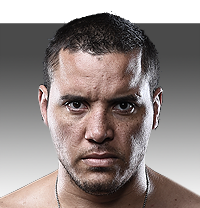 Pat ‘HD’ Barry needs little introduction to fight fans in the USA. He is  well known for his time in the heavyweight division of the UFC mixed martial arts organization, where he won two ‘Fight of the Night’ and two ‘Knockout of the Night’ awards.

Barry’s roots are in kickboxing and despite his various combative exploits the sport has always remained his first love. He says that his GLORY debut tonight is the achievement of a lifelong dream to fight in the world’s elite kickboxing league.

His brutal leg kicks are infamous and he also has heavy hands. Barry is a fighter’s fighter, someone who goes for the finish from the opening bell and lays it on the line every time. Explosive action is guaranteed every time he fights.