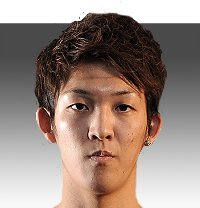 Never has a fighter had a more appropriate nickname than the one attached to ‘The Amazing’ Masaaki Noiri. Just 20 years of age, the young Japanese fighter is a kickboxing prodigy and one of the most technically gifted strikers in the world.

Noiri arrived in GLORY after winning an eight-man ‘Road to Glory: Japan’ tournament earlier this year. The tournaments are designed to find new talent for the GLORY roster and Noiri shone. Aged 19 at the time, he beat his first two opponents then won the final match by TKO to earn the GLORY contract.

In May, Noiri took part in his first GLORY show. Again it was an eight-man tournament but this time it was a field of top names. Competition for the $100,000 prize was fierce and Noiri’s path through the tournament was particularly difficult. He faced Liam Harrison in the quarter-finals and Mosab Amrani in the semi-finals.

Amrani was ranked number one in the world at the time and Harrison number two. Incredibly the previously unheralded Noiri beat them both, managing to stop Harrison on cuts and outstrike Amrani to win a decision.

In the final he met Yuta Kubo in a fight which will prove to be one of the defining moments of Noiri’s career. He lost a decision but demonstrated such heart, skill and courage against his older and more experienced opponent that he emerged as the moral victor even as the grand prize escaped him.

Superb timing, hits from every angle, techniques which you will rarely if ever see other fighters employ, combined with a very tight defence - these are the fundamentals of Noiri’s game. It is an astonishingly rich mixture for so young a fighter. Fight fans around the world are looking forward to seeing Noiri’s skills bloom on the world’s biggest kickboxing stage.