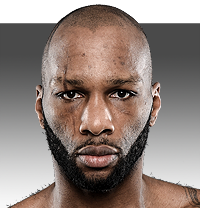 French heavyweight Freddy Kemayo is a veteran of more than one hundred amateur and professional fights to his name, but still he is motivated by the same thing which got him into fighting in the first place: the need to challenge himself.

For Kemayo, fighting and the martial arts are a test of character and mental strength, not just another sport. He has fought all around the world against names such as Peter Aerts, Daniel Ghita, Gokhan Saki and Alexey Ignashov.

“I have fought the best in the world. Sometimes I won, sometimes I ate a KO,” he says. “Many times I have fallen, but every time I have not been afraid to pick myself up to fight again.

“I do fight for my living, but I also need to test who I am. If I take easy fights in France I can make easy money but it is like I am hiding. Now I fight for myself. I fight to test how strong I am.