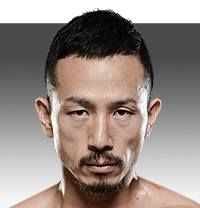 Lim has been described as the best South Korean kickboxer of all time and its probably a fair assessment, given his dominance of the Korean circuit and his success in Japan and elsewhere.

With just under two-thirds of his victories coming by way of KO or TKO, Lim has established a very impressive finish rate, especially for the weight class. He is a three-time winner of the Korea K-1 MAX tournament.