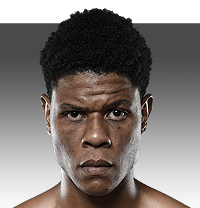 Brooks has a karate base and for a long time was a fighter out of, and coached at, Tiger Schullman’s Academy in New York.

He’s a light-heavyweight but moves like a middleweight. His karate base gives him an arsenal of attacks which differs from most kickboxers at this weight. The spinning back kick is a trademark of Brooks’.