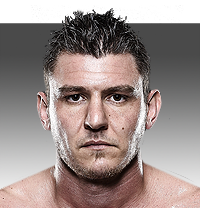 Filip Verlinden is known as 'The Puncher' because of his preference for boxing, and his hero is Manny Pacquiao. Several opponents have said he is the fastest fighter they have ever faced and now that he has moved from heavyweight to light-heavyweight, that speed is only going to increase.

Verlinden had a lot of amateur fights before turning professional. He became the IFMA Muay Thai Heavyweight World Champion in 2010 before vacating the belt to turn professional and fight with distinction in the Muay Thai Premier League on his way to earning a GLORY contract.

GLORY 6 ISTANBUL saw Verlinden make his light-heavyweight debut. Walking around at 100 kilograms, he previously fought at heavyweight but with GLORY making 95 kilograms a flagship division, Verlinden is now able to fight in his natural weight category and show the world what he is truly capable of.

Despite his extensive experience at amateur and professional, Verlinden until recently had bad problems with nerves before and during a fight. Sometimes the nerves affected him so badly that he would literally throw up in his corner between rounds.

But that didn’t stop him knocking people out and getting the job done once hostilities resumed. Taking a cue from other top fighters with similar nerves issues - such as Georges St Pierre - he worked extensively with sports psychologists and was able to overcome it. Verlinden was a force even when affected by nerves. Without them he is a very dangerous package indeed.