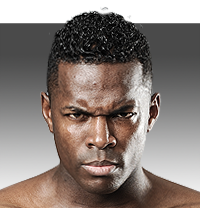 
There have been several fighters that have achieved greatness in the sport of kickboxing but none of them have earned their place in the pantheon in quite the fashion that Remy Bonjasky has.

Bonjasky is one of the most visually arresting fighters that ever stepped in the ring. Tall and chiselled with the physique of a born athlete, Bonjasky elevates kicking to an art form, almost balletic in his balance and poise as he executes each technique.

He is also thrilling, thanks to his fondness for taking to the air with flying knees and jumping roundhouse kicks. For a fighter to knock someone out with one of these once in his career is a high point that lives forever in his memory. For Bonjasky it is almost mundane - he employs the flying knee the way most fighters use a jab.

This led him to be known early in his career as The Flying Dutchman, but Bonjasky - who also does some modelling as a sideline and is very particular about his clothes and appearance - was at pains to point out that he was not just a Dutchman, but a gentleman. And so the nickname altered into The Flying Gentleman, which he bears to this day.

He won the K-1 Grand Prix three times - 2003, 2004 and 2008 - which is an achievement only Peter Aerts has matched and only Ernesto Hoost and Semmy Schilt have bested, a good indicator of just what Bonjasky’s legacy in the sport really is.

In recent years the Flying Gentleman has been retired, partly because of eye surgery he underwent and partly because he was concentrating on his Bonjasky Academy Gym in Almere, near Amsterdam. The transition into coaching looked set to be a permanent one, especially when the decline of K-1 meant that top-level international kickboxing looked to be finished.

But then GLORY emerged as the new premier league of international fighting and that sparked Bonjasky’s interest in entering the ring once again. He noted that numerous elite fighters had already been drawn to the organisation - aforementioned legends like Schilt and Aerts; rising stars like Gokhan Saki and Errol Zimmerman. The challenge attracted him and GLORY are honoured to have him in the ring.