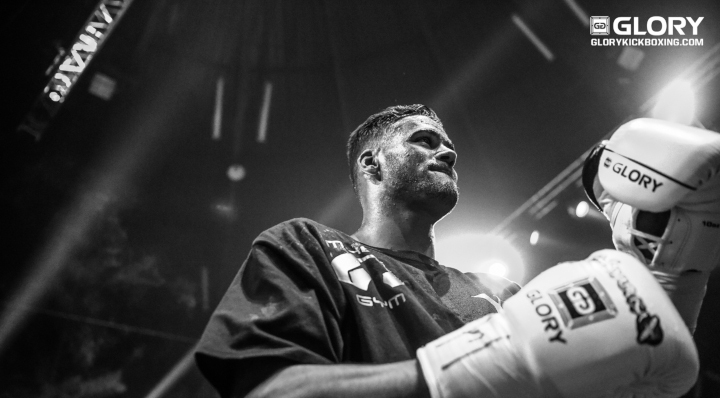 Middleweight contender Yousri Belgaroui (24-4, 12 KO’s) was in a thoughtful mood on Sunday, a few hours before he boarded his flight to New York for this Friday’s showdown with middleweight champion Alex ‘Poatan’ Pereira (27-6, 17 KO’s).
The two are 1-1 against each other thus far, Belgaroui having bested Pereira in the final of the GLORY 40 middleweight tournament only to fall victim to a cut stoppage in their GLORY 49 rematch this past December.
Both fighters had issues in their previous contests - Pereira brought a knee injury into the first fight, Belgaroui was waiting for his mother to get the cancer all-clear at the time of the second fight - and now they are hoping this will be their definitive encounter.
“Focus. That’s the difference between this fight and the last one. December was a tough time but in the end we got good news and I’m happy now,” says the middleweight hopeful.
“This time I will get him. This time I am looking at him as being really dangerous, which he is. I think last time, because I beat him easy in the first fight, I didn’t take him seriously. I was a bit cocky.
And also just because life took over, there were other things taking priority over preparing for Pereira at that time. This time, I’ve treated him like he’s really dangerous. But I will still get him, I’ll beat him up.”
With his mind right going into the fight, Belgaroui doesn’t see how he can lose. He watches a lot of movies in his downtime - as many professional fighters do - and was struck by something in a recent rewatching of Denzel Washington in Training Day.
“His character has a line about playing chess not checkers. That really made me think,” says Belgaroui.
“Ultimately, this thing is a game of mistakes. I made a mistake last time and he took advantage. If you give him an opportunity he will take it. So yes, I am going to knock him out, but I am going to play chess with him, not checkers.
“And when you play chess you don’t just go charging forward with your queen, you use tactics, you set up the checkmate.”
GLORY 55 NEW YORK takes place at the Hulu Theater at Madison Square Garden on Friday, July 20.
It will air live in the USA on ESPN NEWS from 9:30 p.m. ET / 6:30 p.m. PT and will re-air Sunday, July 22 at 9 p.m. ET / 6 p.m. PT on ESPN 2.