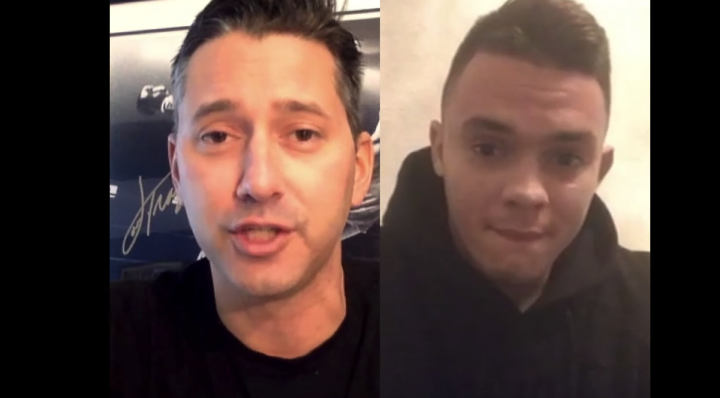 News of Mohammed ‘The Destroyer’ Jaraya’s signing with GLORY was well-received by fans this week.
The 21-year-old prospect (69-6, 36 KO’s) has elected to join the welterweight division, moving up from lightweight. Fans had a lot of questions for Jaraya so GLORY commentator Todd Grisham got him on FaceTime to get some answers.
During the chat, the Team Colosseum fighter revealed that his plans for opponent Miles ‘The Punisher’ Simson (64-12, 25 KO’s) at GLORY 51 ROTTERDAM on March 3 and talked about his pride and excitement at being on the same card as his hero Badr Hari.
“I don’t like to win on points I always try and KO the opponent and thats what the fans want to see,” he said.
“I always trained hard but its something else now… With Badr Hari on the card its a dream come true and I will do everything in my power to knock Miles Simson out and give the people what they want.
“[He is an] absolute legend. I watched him since I was 12 and lways wanted fihting on same card as him and dream come true now. I cannot tell you what it does for me, its something very big for me!”