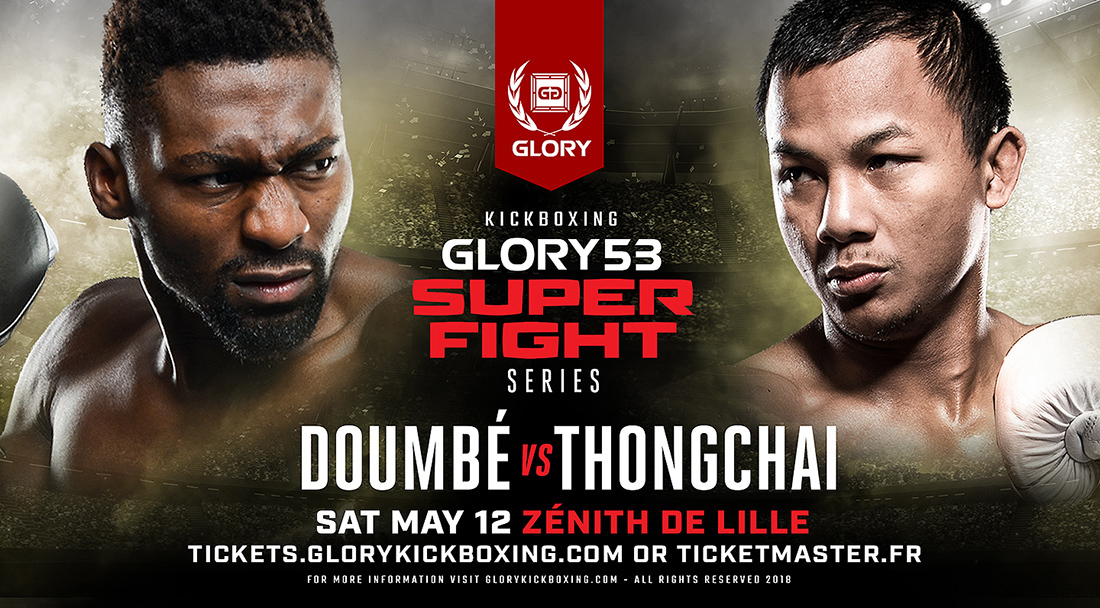 Thongchai, the No. 7-ranked welterweight, was last in action at GLORY 51 Rotterdam as part of the one-night welterweight contender tournament. Following a semifinal victory over Alan Scheinson, Thongchai advanced to the tournament final, where he dropped a decision to the man he is replacing, Eyevan Danenberg. Known as "Mister Cool," Danenberg suffered an injury while training to face Doumbé, creating the opportunity for Thongchai to step in on short notice.

The updated six-fight card for GLORY 53 SuperFight Series can be found below:

Tickets for GLORY 53 Lille and GLORY 53 SuperFight Series are on sale now and available for purchase online at tickets.glorykickboxing.com and Ticketmaster.fr, as well as Ticketmaster retail locations.