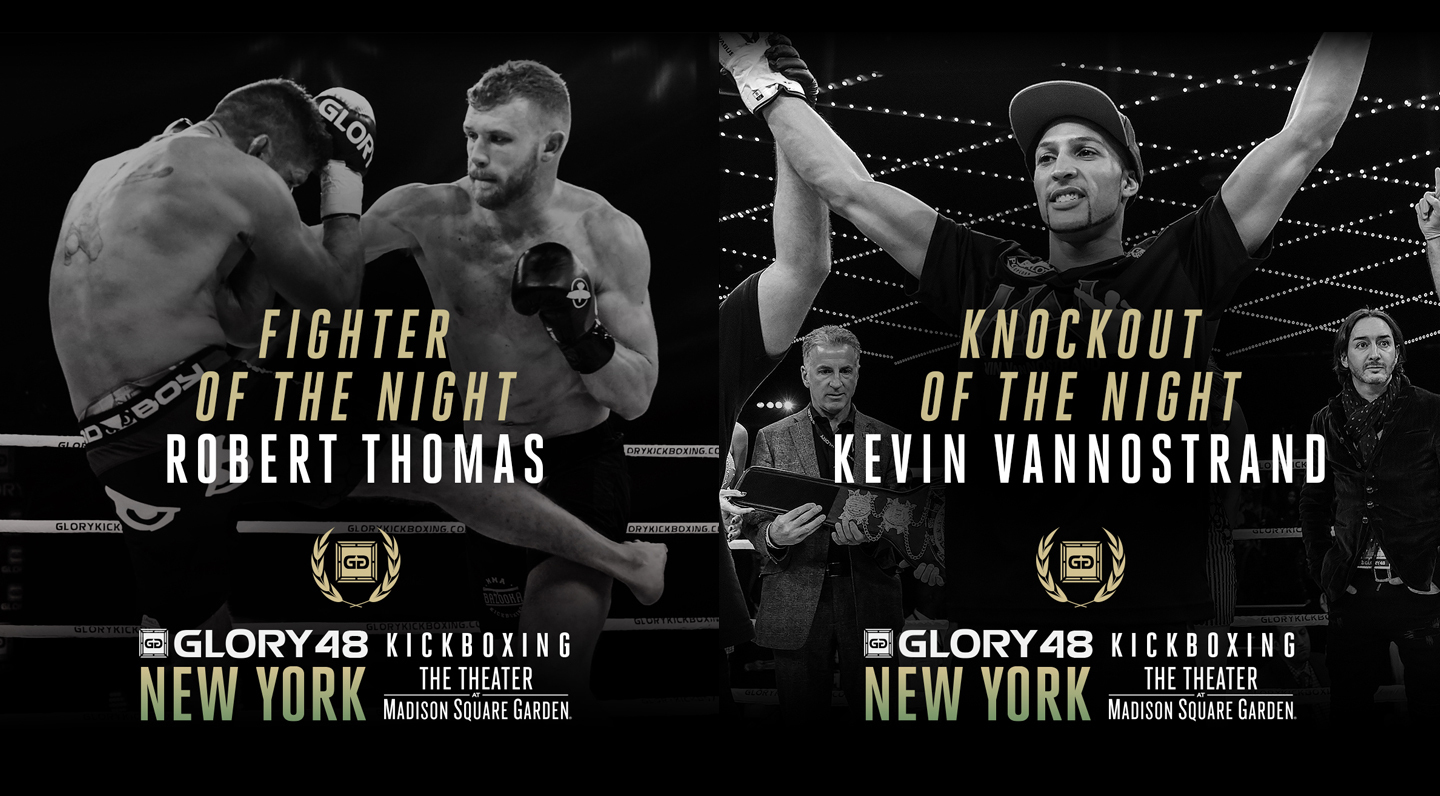 Their standout performances were voted by an internal GLORY panel to be the most impressive of the evening and have earned them a bonus payment of $5,000 each.

Vannostrand’s finish of Anvar Boynazarov was declared to be the ‘Knockout of the Night’. If there was an award for ‘Comeback of the Night’ it would have won that as well.

The moment the fight started, Vannonstrand went after Boynazarov with a combined string of attacks, dispensing with any kind of feeling-out process and turning things into a firefight immediately.

As Boynazarov edged backwards, Vannonstrand launched into a flying knee and sailed through the air toward him. Boynazarov had timed it though and met Vannonstrand with a left hook that sent him to the canvas.

It looked like Vannostrand’s night might be over there and then, just 40 seconds into the fight, but he beat the count and returned to the fray. Boynazarov swarmed him, looking for a quick finish, but instead found himself taking a savage knee to the midsection.

The shot forced him to his knees and as he knelt on the mat, face contorted in pain, it was clear he would not beat the referee’s count. Vannostrand was declared the winner by knockout after sixty-six seconds of fighting.

Thomas took part in the Middleweight Qualification Tournament and won two fights back-to-back to win both the tournament and the ‘Fighter of the Night’ award.

In the semi-finals he had a tough battle with Wayne Barrett, only securing victory when he scored a knockdown in the third round. In the final he met Mike Lemaire and again the third round proved pivotal, with Thomas landing an overhand right which ended the fight.