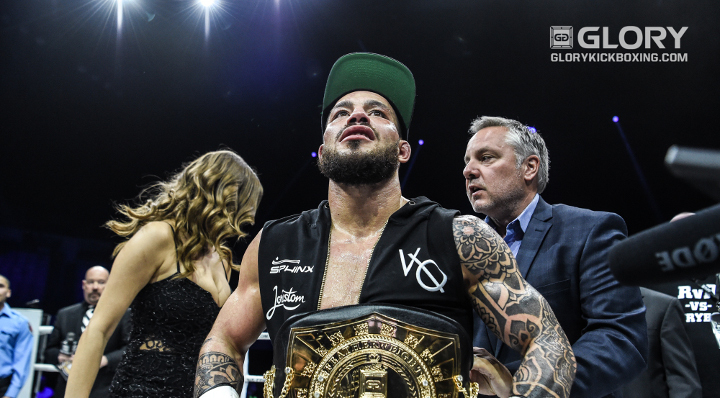 Roosmalen: “Fans know I’d only pull out for something serious”

Robin van Roosmalen has a hard time describing the emotions which hit him when he was told he would have to withdraw from his GLORY 55 NEW YORK title defense against Petchpanomrung.
The featherweight champion was announced today as being out of the July 20 fight due to a shoulder injury. Petchpanomrung remains on the card and will face Kevin VanNostrand in an interim title bout.
“I was arguing with the doctors, with the physio, I didn’t want to pull out of the fight,” says Van Roosmalen. “I was pissed. But I knew they were right.
“I tried to work through it but it became too difficult. I’m on some pretty strong medication right now and I’ve been told not to work my shoulder at all for two weeks, basically keep it immobile if I can.
Then if it goes well I can return to light training for four or five weeks and see how that goes. Then we can attempt to return to full training.
“I'm really disappointed to have to pull out of the fight. I'm sorry to let my fans down but I think they know that I would only pull out for something serious.
“Health is the most important thing so I need to get back to 100% and then I will be back to remind people who the 65kg boss is."
The fight would have been Van Roosmalen’s third defense of the featherweight belt and his fifth featherweight title fight overall. He is 4-0 in featherweight title fights in GLORY.
GLORY 55 NEW YORK takes place at The Hulu Theater at Madison Square Garden in New York City on Friday, July 20.