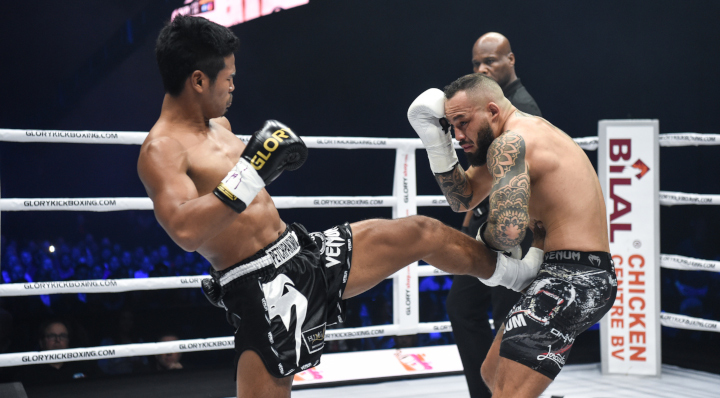 He defended the title against former champion Serhii Adamchuk at GLORY 63 HOUSTON in January and now rides a six-fight win streak into this title defense.

Boynazarov,  who hails from the ancient city of Samarkand in Uzbekistan, owns the distinction of having more knockout victories on his record that any other fighter in the division.

His GLORY 47 stoppage of Fabio Pinca made him a fan favorite and serves as an eternal testament to the destructive power of his left hand.

‘Petch’ is widely considered one of the pound-for-pound best fighters in the sport at present and, should he continue to dominate the division the way he has been, will be squarely on the path to greatness.

Boynazarov is aiming to place a road-block in that path and in the process claim the world title for himself.

‘The Uzbek’ is the hardest-hitting opponent Petch has yet faced - the question of how he handles that power will be answered July 5.