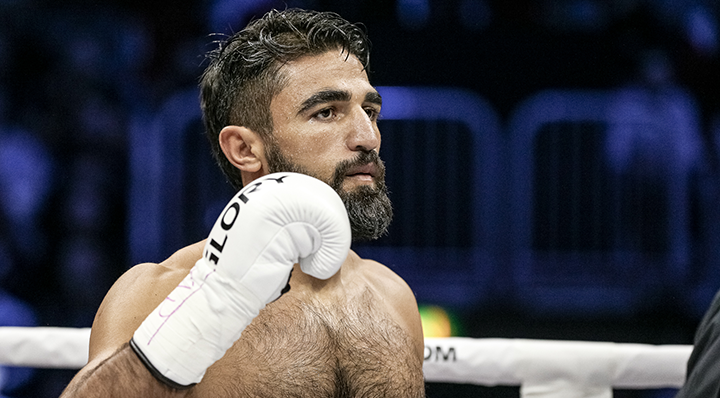 Marat Grigorian to defend against Elvis Gashi at GLORY 73 SHENZHEN

The world lightweight title will be on the line in southern China on Saturday, December 7 when GLORY returns to the Shenzhen Nanshan Culture and Sports Center for GLORY 73 SHENZHEN.

World champion Marat Grigorian (62-11-1, 35 KO’s) headlines the card as he makes his second defense of the belt he took from former champion Sitthichai earlier this year.

Gashi has gone 5-0 in GLORY, including a win over Josh Jauncey, and in his most recent outing, at GLORY 67 ORLANDO, he scored a stoppage win in just 23 seconds.

Grigorian won the lightweight title at GLORY 65 in May this year and made his first successful defense of it when he closed Tyjani Beztati out over five rounds at GLORY 69 last month.

Further bouts for GLORY 73 SHENZHEN will be announced this week.