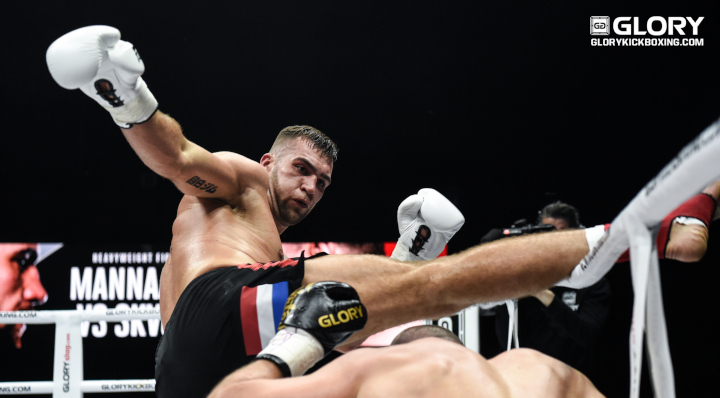 Mannaart used his kicks to establish his range and frustrate Kornilov from the outside. Kornilov did he best to counter with punches, but Mannaart mixed up his attack with kicks to the body and legs.

The methodical pace favored the Dutch fighter, who picked his shots throughout the stanza.

Round two started much the same way as the first, as Mannaart peppered Kornilov with a variety of kicks. Kornilov tried to come forward and close the distance, but that allowed Mannaart to open up with his punches.

A heavy left hook to the stomach produced a noticeable grimace from Kornilov late in the frame.

Kornilov landed his best punch of the fight to start round three. The straight right hand backed Mannaart to the ropes, but he did not go down. The kicking arsenal of Mannaart continued to batter the lead leg and body of the Russian fighter.

Kornilov landed a right uppercut midway through the round that again slowed the output of Mannaart. He responded with a crisp punch combination that saw Kornilov take a deep breath and drop his hands.

The fight went the distance, but the result was never in doubt as Mannaart claimed victory on all five scorecards.