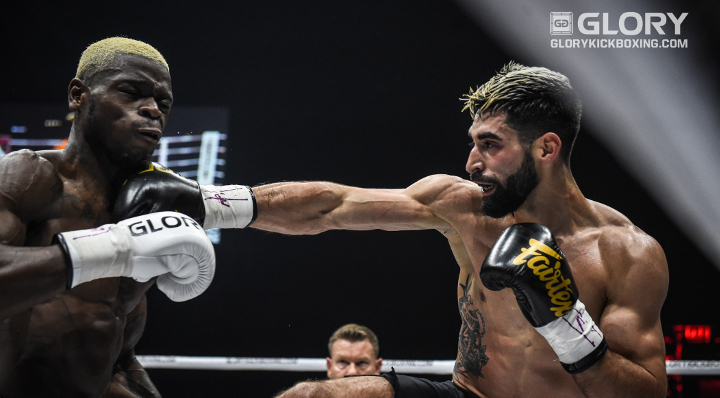 Jauncey Gets Even, Tops Baya by Decision

Baya backed Jauncey to the corner early, landing a kick and punches to the body. Jauncey was able to circle away and return to range.

The forward pressure of Baya continued, but Jauncey landed a counter knee. Baya invested heavily in body work during the first three minutes, as he kept the Canadian with his back to the ropes.

Jauncey again found himself in the corner to open round two. Baya mixed in punches and knees before Jauncey was able to break free. Jauncey’s boxing combinations started to land, as well as his step-in right knee.

The pair traded shots to the liver, but both men stayed upright. Baya switched to southpaw, but Jauncey was unfazed in a very competitive round.

The final frame was even for the first minute as the fighters traded in the center of the ring. Baya scored with a series of kicks that got Jauncey off balance. Jauncey reset and continued with his boxing.

A body shot from Baya was answered by a spinning heel kick from Jauncey. A heavy knee strike from Jauncey wobbled Baya late in the fight, but he did not go down.

The judges had their work cut out for them after three rounds, but Jauncey’s boxing was the difference, as he took home the decision win.

“He’s a great fighter. I love fighting this guy,” said Jauncey. “I caught him with that knee and I had to take my time. I just couldn’t put him down.”