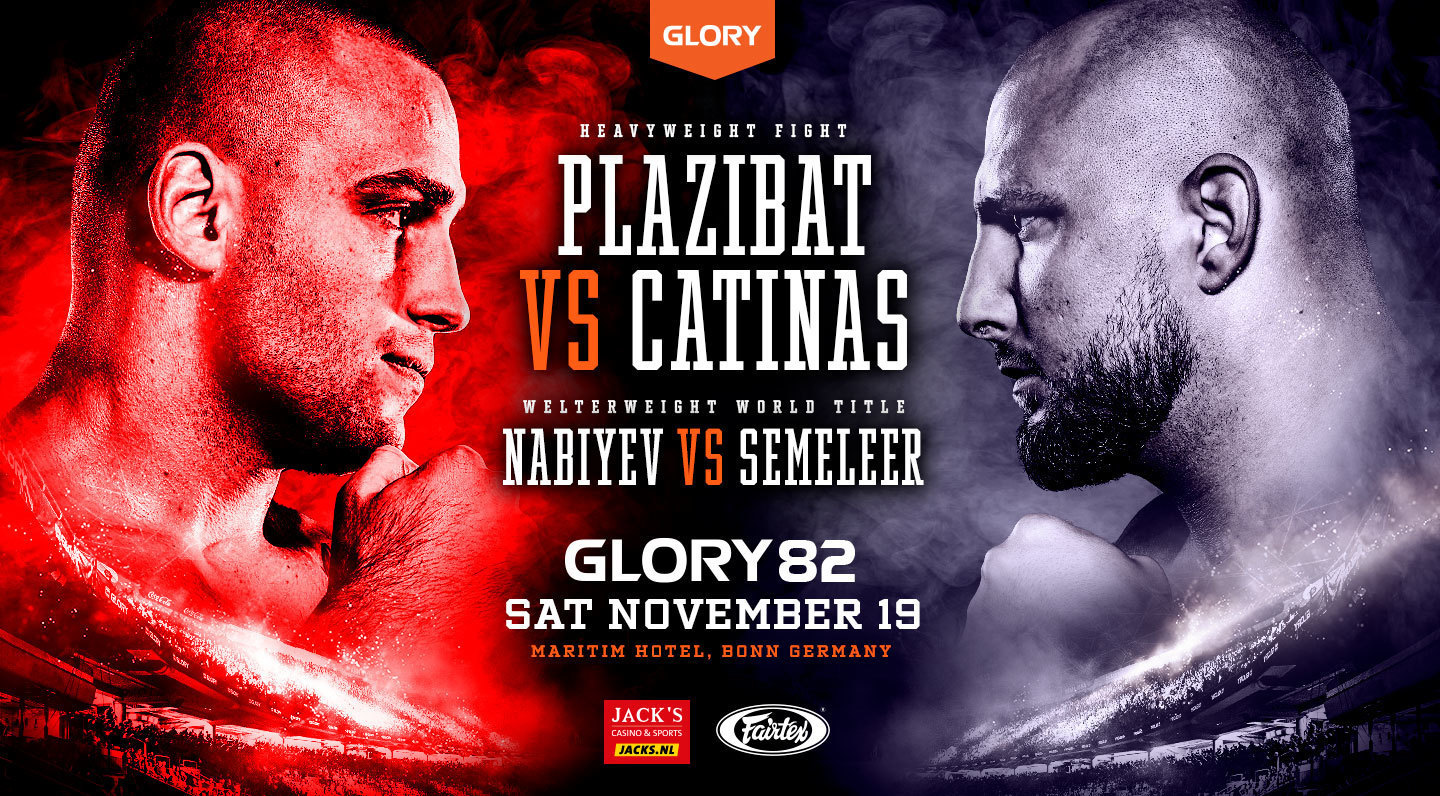 The event will be headlined by an exhilarating heavyweight matchup between No. 1 ranked contender Antonio Plazibat and No. 10 ranked contender Raul Catinas. With three knockout victories in his last three fights, Plazibat has solidified his status as one of the most devastating finishers in the sport. He will look to continue his dominance against Catinas, a veteran of the division known for his durability and power punches.

Co-headlining the event is a Welterweight Title Bout between Alim Nabiyev and Endy Semeleer. The No. 2 ranked welterweight contender in the world, Nabiyev enters the bout coming off a win over Troy Jones in his last GLORY appearance. He will meet Semeleer, the No. 3 ranked welterweight contender and one of the top prospects in the sport, who earned a spot in the division’s top-five with a dominant win over Shkodran Veseli at GLORY Rivals 2.

The card will also mark the return of perennial heavyweight contender Jahfarr Wilnis, who will be making his first appearance on the GLORY stage since 2019. He will meet promotional newcomer Michal Blawdziewicz.

Opening the GLORY 82 main card, No. 2 ranked middleweight contender Serkan Ozcaglayan will make a quick turn around after competing at COLLISION 4 less than two weeks ago. He will look to get back on the winning track against former Middleweight Title Challenger Juri De Sousa.

The GLORY 82 Prelims will be headlined by a light heavyweight battle between Imad Hadar and Brice Kombou. Both will look to make a statement against each other in their respective GLORY debuts. Plus, two featherweight bouts will kick off the evening’s action, as Denis Wosik faces Hicham Chaaboute, and Ahmad Chikh Mousa will fight Mohamed el Hammouti.