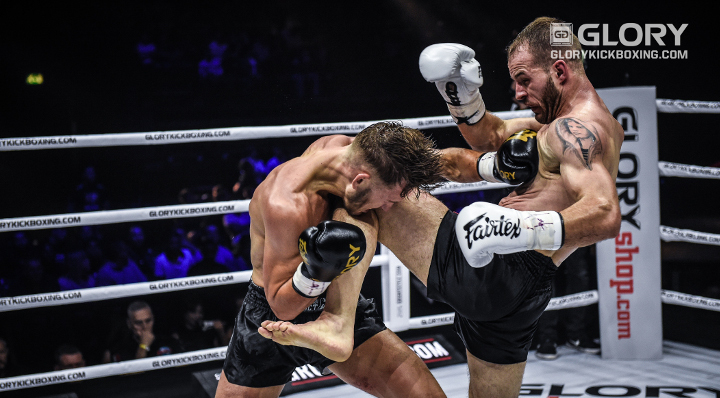 Gashi sees himself one win away from title fight

‘Super’ Elvis Gashi (21-0, 10 KO’s) sees himself as being perhaps just one more win away from a lightweight title shot following his victory at GLORY 54 BIRMINGHAM this past weekend.
Gashi remains undefeated at 21-0 after beating British prospect William Goldie-Galloway over three rounds on the SuperFight Series card.
“I don’t want to lose. I don’t accept losing. It’s been like seven years since I lost a fight, and that was as an amateur. I don’t remember what it feels like to lose!” he says.
After emerging from the fight without injury, Gashi is looking to get on the upcoming GLORY 55 NEW YORK card taking place in Manhattan on July 20th.
“It’s really hard to beat me in New York - it’s my back yard, all my people are there,” he says.
“It feels great man, 21-0!  I just want to keep going up and get a title shot… I think one more win then a title shot.”